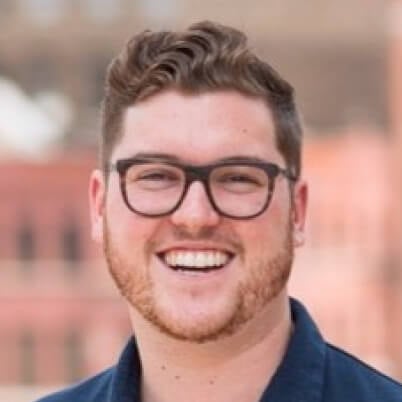 OnCallHealth is a tech startup that enables healthcare organizations to offer user-friendly, secure video and text counseling options to their patients. The platform also collects useful analytics on clinical outcomes and utilization, all through a portal that can be entirely branded to the organization on all devices.

It was an exciting time at OnCall Health. Their technology was a hit. The business was growing quickly, and they had raised plenty of venture funding. They had high hopes for the future.

But they were having some growing pains. Their existing systems and processes didn’t support them as they started to scale.

OnCall was using Pipedrive, a cloud-based sales CRM. It was useful for managing and tracking deals, but the sales team still needed Microsoft Excel for tasks like storing lead information, conducting mail merges, and managing their outbound sales funnel.

When a representative closed a deal, they would hand over the customer to Nicholas Chepesiuk, the CEO & Founder, or to Shane George, the Vice President of Sales. Nick or Shane would then manually enter the new customer information into their billing system, create a dev ops task to spin up a customer account, and handoff the customer to the CSM team.

The team was acutely aware that these manual processes were slowing them down, and driving key team members away from more important tasks.

Nick and Shane realized they needed toinvestin new foundational systems — a technology stack that would take them into the future. But they needed help selecting and integrating those tools into their existing processes and legacy systems.

Nick and Shane wanted to increase their output, boost their team’s efficiency, and get the tracking, analytics, and management metrics that could support their plans.

Nick and Shane didn’t just need marketing help. They needed to build a new infrastructure that could support their growth. They chose Growth Panda because of the company’s expertise in connecting and integrating sales, marketing, and analytical systems that empower companies to scale.

The process began onsite with a meeting between Growth Panda and OnCall’s leadership team. Together, they worked to gain an understanding of how OnCall’s business operated. They looked for holes in their existing strategy and determined how automation could help streamline their operations.

OnCall helped Growth Panda understand their people, processes, and systems. Nick and Shane explained their needs, as well as the needs of sales reps, account managers, and other contributors.

After the meeting, Growth Panda designed and documented a process to improve how OnCall was operating.

One of the biggest pain points revolved around product demonstrations, as some of OnCall’s prospects wouldn’t show up for a demo they had booked, stalling the sales process and causing leakage in the funnel. To reengage them, OnCall wanted an automated process that would make it easy and effortless to keep these customers moving towards a close.

Once the implementation process was documented and approved, Growth Panda began connecting OnCall to their new technology.

VP of Sales Shane George didn’t have the level of insight and reporting he needed. Sales reps were  spending too much time manually inputting information into their system, wasting valuable time that could be spent driving new customers to the business.

Then, the team turned their attention to Pipedrive. OnCall lacked the quantitative data they needed to engage their opportunities and track where they were dropping deals. They were conducting outbound campaigns, but they couldn’t track how those campaigns were contributing to deals that were coming in.

They found a solution with Salesforce. Growth Panda built a Salesforcelead process and connected it with Outreach so the team could manage their campaigns without manually entering data or relying on spreadsheets.

In their old lead process, OnCall was tracking their interactions with prospects, but there wasn’t enough transparency around specific touchpoints. It was a challenge to keep track of who they had followed up with and who had scheduled a demo of their product, forcing salespeople to spend their time trying to prioritize their activity, instead of making sales touchpoints.

Growth Panda introduced more stages into their lead process, and built out loss reasons to track where and why deals were falling off. The OnCall team could then keep track of how many product demonstrations they were booking and how the outcomes of those demonstrations were materializing.

Growth Panda and OnCall then turned their attention to the opportunity qualification process. In the old process, a representative would send the customer a PDF that needed to be created manually. This signing process was lost, losing the ability to know who had been sent a contract, if they had viewed it, and then manually uploading and storing this in a separate google drive.

The team implemented HelloSign, an eSign platform that helps businesses establish concrete and traceable agreements, to get rid of this ambiguity.

Lastly, Growth Panda and OnCall integrated Blackthorn, a payment platform for Salesforce that gave OnCall’s reps a PCI-compliant way to collect credit card information. Prior to Blackthorn, reps would collect credit cards and have the account manually created in Stripe, opening up opportunity for error, as well as potentially losing deals when incorrect or invalid credit card details were collected, due to the delay in knowing if the card was valid. With blackthorn, reps can collect and enter credit card details directly in salesforce, saving time and reducing the opportunity for human error. They integrated Blackthorn with their Stripe account to make the process even faster and easier, queuing the billing process seamlessly from the sale.

The Solution in Action

OnCall eliminated numerous manual processes in the lead generation and lead qualification stages of their marketing and sales pipeline. Through robust salesforce driven reporting, and by integrating their platform in a single stack, there was no longer ambiguity about the source of a deal or where it was in the sales process.

The team now has a bird’s-eye view of their entire pipeline thanks to integrated analytics tracking every interaction across every sales and marketing system. They even got access to qualitative data that could inform future campaigns, further optimizing their sales efforts.

Representatives no longer depend upon senior leadership to close sales, and the leadership team can reorient their focus on actions that drive the business forward instead of managing day to day processes.  The team can automatically send contracts and other documents through Salesforce to close deals. When documents are sent or signed, the opportunity stage iss automatically populated so representatives could track their pipeline effectively, while focusing on moving new deals through the funnel, instead of guessing next steps.

With access to their own high-level analytics, Nick, Shane, and other leaders got a full understanding of their pipeline metrics.

It used to be that sales representativeshad to manually create new contacts in the OnCall platform whenever a deal was one to begin the account creation process. GrowthPanda worked with OnCalls technical team to integrate Salesforce with their backend, allowing for one click contact pushing upon a deal being won, automatically generating a customer account, and even syncing newly added contacts back to salesforce after creation in the OnCall platform.

Manual entry is now a thing of the past at OnCall, keeping their team focused on driving the business forward instead of data hygiene.

Since they implemented these changes, OnCall’s pipeline velocity has doubled. The entire team is more efficient and effective at prospecting, identifying opportunities, and closing deals.

Oncall had a record-breaking month in October of 2018, just after the close of the initial engagement, and then quickly broke that record again in January 2019! Each representative freed themselves about 2-3 hours of manual work each week, resulting in an increase in their demo bookings by over 30%!

Moving forward, Growth Panda continues to help OnCall leverage their systems and transition into a more scalable infrastructure. After the initial onboarding, they trained Shane to manage the new system so OnCall can operate without reliance on the Growth Panda team, as they work to bring the management of their new growth stack in house.